Breaking News and Videos for Africa 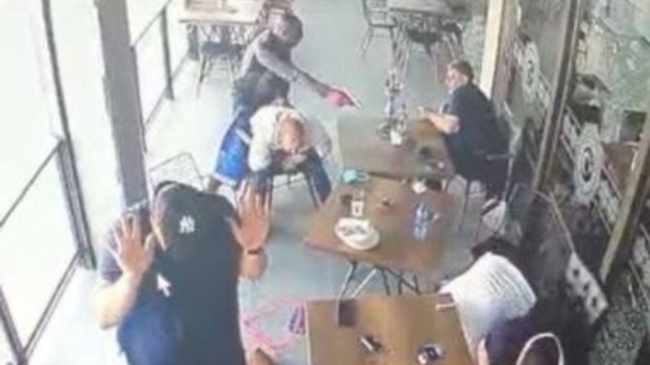 A Cape Town businessman and his associates were robbed at gunpoint during a business meeting at a northern Johannesburg restaurant, said one of the victims, who declined to be named.

The six men were seated at an outside table at the Istanbul Kebab, a Turkish restaurant in the Sunninghill shopping centre, on Wednesday when the incident occurred.

A video clip of the robbery, which has gone viral on social media, shows a male in dark clothing jumping over a wall and pointing a firearm at the men. Another suspect wearing light-coloured clothes joins him, waving his own firearm at the group.

The victims are forced to the ground and their hands tied up, before the robbers remove watches, wallets and other items from each of them. African News Agency (ANA)

“I am not afraid to die,” Falz speaks to CNN on #EndSars protest in Nigeria

SA rapper Emtee accuses his wife of physically abusing him