Fans really have weird ways of expressing love to their most adored celebrities. This one unidentified woman went a little bit too far. 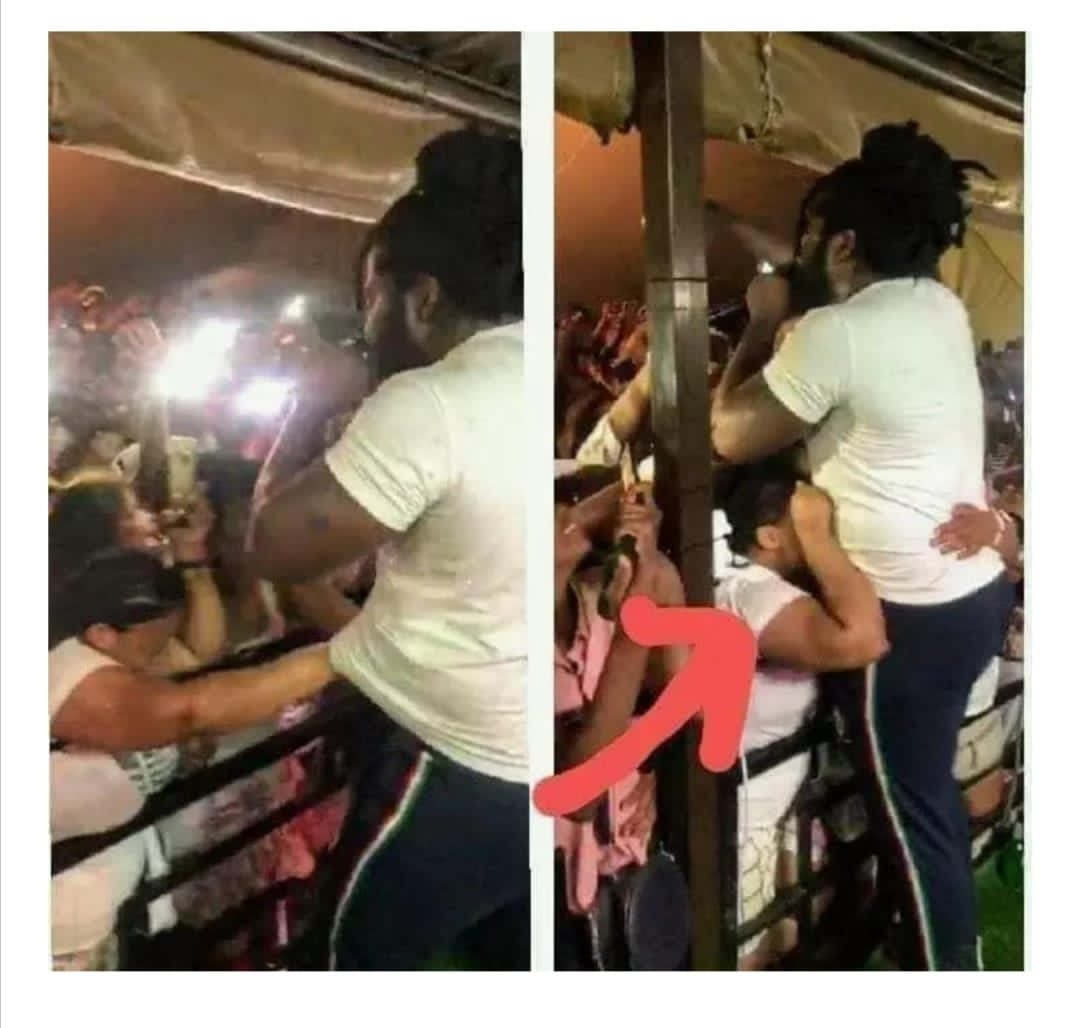 Images have surfaced on social media of a woman who probably wanted to see how big, Big Zulu is.

In the images that have been circulating on different social media platforms, the lady puts her hand into Big Zulu’s pants as he performed on stage.

According to the images, the lady dressed in a pink top is seen pulling up his shirt and in the second image, her face is right by the artist’s privates’ area whilst her other hand is grabbing him by his back.

The Imali Eningi hitmaker’s fans were not happy with the whole issue, even though he appeared to be comfortable with it.

Big Zulu to confront Somizi over criticism of his…

After hyping his song, Duduzane Zuma got to meet Big Zulu…

Big Zulu thanks Duduzane Zuma for hyping his song…

Big Zulu is currently the man of the moment in South Africa and other parts of Africa with his hit song, Imali Eningi that has seen the whole country moving and dancing to it with a challenge which was sparked by Duduzane Zuma who walks around with bodyguards.

Due to the fame that has risen around Big Zulu it is not surprising that a lot ladies would want a piece of him.

We have since moved on, do the same – Peter Okoye blasts P Square fans