A total of 9kg (19lb) of heroin disguised as crackers and sweets has been seized at the main international airport in Mozambique’s capital, Maputo, local media reports. 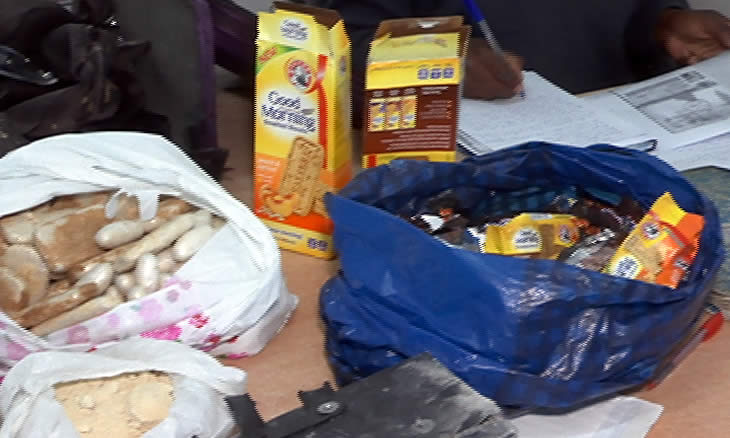 Both were due to fly to Italy, according to the reports.

Police say they will step up investigations to uncover the drug trafficking networks operating in Mozambique, which is regarded as a drug corridor to various countries in Africa, Europe and Asia.

The United Nations is in the process of setting up an office to collaborate with the government in the fight against drug trafficking and distribution. BBC News

African Home: When the boredom hits you really hard (Quarantine)

WATCH | ‘For now, cigarettes are not sold’ – SA Police Minister…

African Home: When the boredom hits you really hard…

Few signs of a lockdown in Hillbrow as residents loiter and…

WATCH | ‘For now, cigarettes are not sold’…

Tanasha Donna buys mansion one month after breakup with…

Tanasha Donna buys mansion one month after breakup with…

Part of the Lion Pride – Dean Schneider living with…

From Kim to OJ…. Trevor Noah roasts celebrities on The…

WATCH: The most unusual foods that only exist in China