A British soldier has been killed by an elephant during a counter-poaching operation in Malawi. 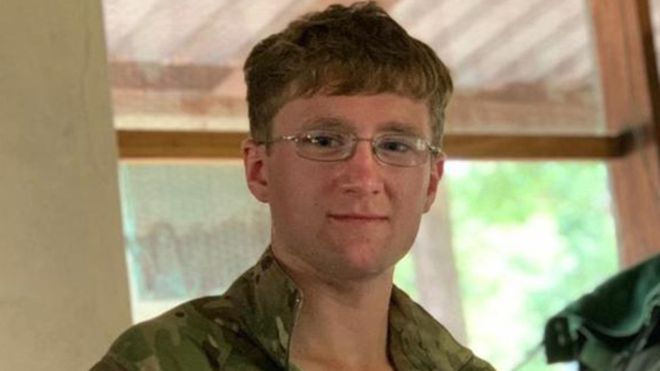 Mathew Talbot, 22, of the 1st Battalion Coldstream Guards, was on patrol in Liwonde National Park on 5 May when he was charged by the animal.

Malawi president appeals to keep job after court cancels his…

She added: “This tragic incident is a reminder of the danger our military faces as they protect some of the world’s most endangered species from those who seek to profit from the criminal slaughter of wildlife.”

Kensington Palace said the Duke of Cambridge was writing to Gdsm Talbot’s family to offer his condolences.

Gdsm Talbot, who was from the West Midlands, was serving in his first operational deployment, the Ministry of Defence said.

The patrol of armed British army soldiers and African Park Rangers was walking through tall grass – up to 7ft (2.1m) high – when they disturbed an unseen herd of elephants.

One of them charged at Gdsm Talbot. He died soon after from his injuries. No-one else on the patrol was hurt.

He leaves behind his father Steven, his mother Michelle, his sisters Aimee and Isabel, and his girlfriend, Olivia.

In a statement, the MoD said Gdsm Talbot “was not unfamiliar” with Africa and had volunteered to support counter-poaching in Malawi.

“With his keen interest in military history he was proud to have joined a regiment with such a rich and long lineage,” it added.

Operation Corded, the name given to the Army’s counter-poaching deployment in Malawi, assists in the training of rangers in a bid to help them crack down on the illegal wildlife trade.

Park rangers are taught skills such as tracking, partnered patrolling, communications, surveillance, and intelligence-sharing – with the first deployment taking place in August 2017.

The former defence secretary, Gavin Williamson, announced the expansion of the UK’s counter-poaching training at two parks in Malawi – doubling the number of rangers mentored by soldiers to 120 – in 2018.

Gdsm Talbot’s company commander, Maj Richard Wright, said that while he had only known the soldier for a short time, “he never failed to make me smile”.

Lt Col Launders added: “Mathew was loved by his brothers in arms in the Coldstream Guards. We will sorely miss his humour, selflessness and unbeatable spirit.”

She added: “It underlines the dedication and selflessness of our armed forces personnel serving across the world.

“My thoughts are with his family at this difficult time.” BBC News

“I am not afraid to die,” Falz speaks to CNN on #EndSars protest in Nigeria

British Airways flight to Nigeria turns back over ailing passenger

“I am not afraid to die,” Falz speaks to CNN on #EndSars…

British Airways flight to Nigeria turns back over ailing…

Oct 15, 2020 15,488
Loading ... Load More Posts No More Posts
Follow Us
We use cookies to ensure that we give you the best experience on our website. If you continue to use this site we will assume that you are happy with it.Ok